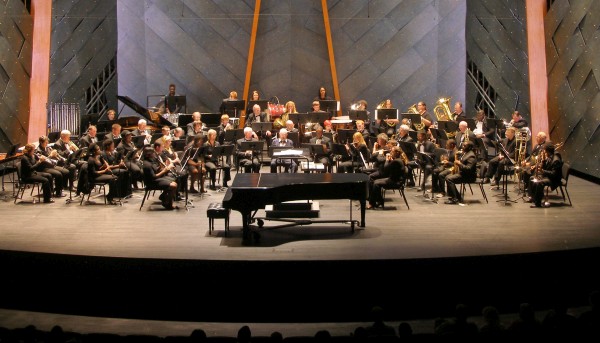 The Francis Marion University Concert Band will be performing its spring concert at the FMU Performing Arts Center in downtown Florence.

The Francis Marion University Concert Band is composed of FMU students as well as community members from the Pee Dee region. Community members include professional area music educators, band directors, choir directors, ministers of music, and FMU music faculty members.  Membership is open to all FMU students and area residents who are experienced concert band instrumentalists. Performances include traditional concert band music as well as popular and show music. The program began as a way to give students of FMU a chance to perform music, earn academic credit for performance in the ensemble, and to become involved with other students in campus life.

Beginning in the spring of 2002, the FMU Concert Band rehearsals were scheduled on Tuesday evenings and adult musicians from the region were invited to participate. The band continues to rehearse every Tuesday evening.