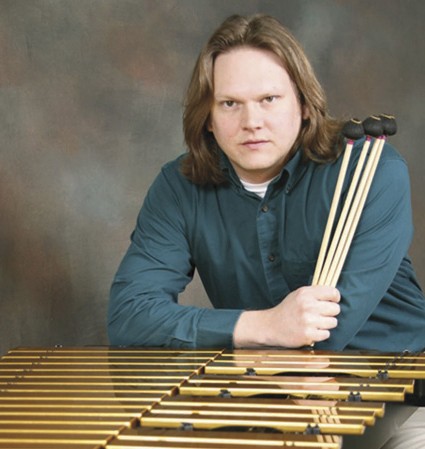 Shane has performed at many conferences and conventions including the Percussive Arts Society International Convention, the College Music Society National Conference, the South Carolina Chamber Music Festival, the Society of Composers National Conference, the International Conference on Thinking, the North Charleston Arts Festival, the Savannah College of Art and Design International Festival, the McCormick Marimba Festival, the Florence Arts International Festival, and the Southern Baptist Convention. He has also performed with a variety of musical ensembles including the Central Florida Symphony, Fayetteville Symphony, Gainesville Chamber Orchestra, Palmetto Opera, South Carolina Philharmonic, Wilmington Symphony, J’Ouvert Steel Band, Pantasia Steel Band, Sunshine Steelers, Jacare Brazil, and the Woyate West African Drum and Dance Ensemble. As a member of the Florence Symphony Orchestra, Shane has shared the stage with Art Garfunkel, The Indigo Girls, Point of Grace, and Cirque Musica. He was also featured as a soloist with the Florence Symphony in a performance of Jennifer Higdon’s Percussion Concerto. As a member of the USC wind ensemble, Shane participated in a recording of the music of Leonard Bernstein for the Naxos label and was the principal percussionist during the ensemble’s concert tour of China. Shane has also given recitals and clinics at universities throughout the United States.

As an educator, Shane has taught percussion at various middle and high schools in Alabama, Florida, and South Carolina. During his time as a graduate assistant at the University of Florida, he taught percussion methods classes and the beginner steel band. Currently, Shane is on the faculty at Francis Marion University and is the principal percussionist for the Florence Symphony Orchestra, principal timpanist for the Masterworks Choir, and drummer for the experimental rock group Yellodrama. Shane endorses Black Swamp Percussion, Evans Drumheads, and Innovative Percussion and is a member of the Percussive Arts Society, the College Music Society, and the National Association of College Wind and Percussion Instructors.