Marina Alexandra on the Guitar 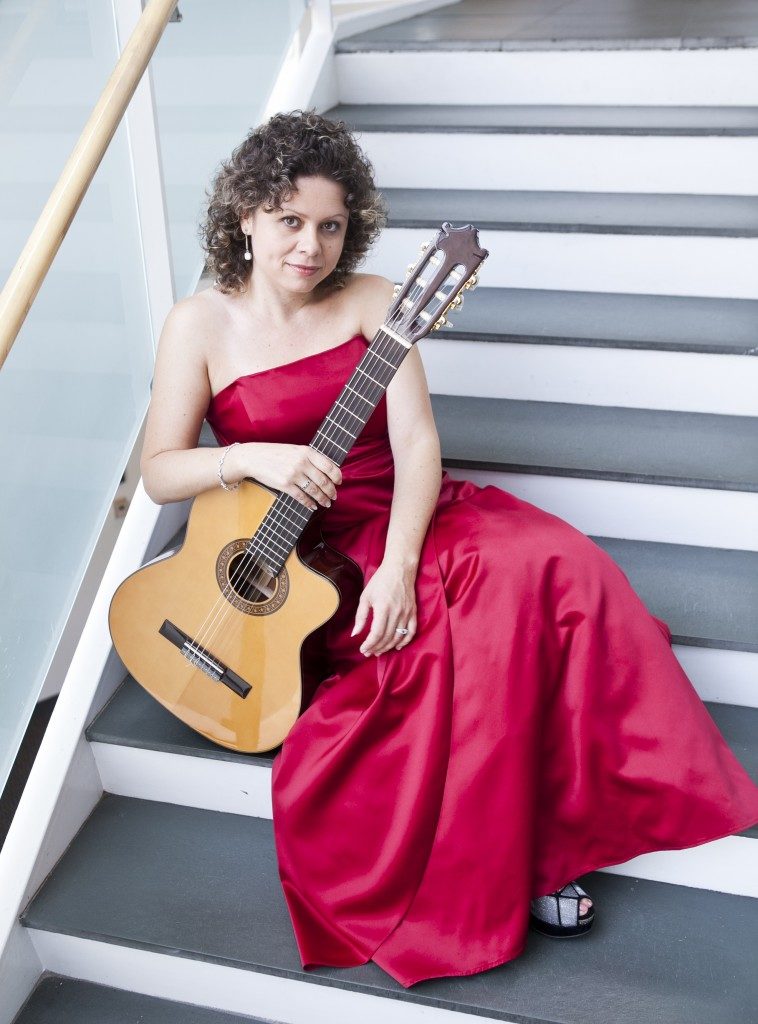 Marina Alexandra has established herself as a dynamic performer with a powerful stage presence. Finger Style Guitar Magazine described her as an “amazing player that commands the guitar with world-class technique and musicianship that is uncommon.” Marina Alexandra was listed by the Aaron Shearer Foundation as one of the most influential female classical guitarist in America.

She has received awards in several guitar competitions including the Music Teachers National Association State and Regional Competitions and semifinalist in the 6th annual Edwin H. and Leigh W. Schadt National String Competition for classical guitar. Marina has a concert career spanning the last fifteen years, taking her to Piccolo Spoleto Festival, National Public Radio, Allentown Radio, and hundreds of venues including colleges, guitar festivals and museums throughout USA.  She has released three albums   including; Timeless Enchantment (Baroque, Classical, Modern, and Latin-American music) , A Moment of Magic (modern music by Russian composer, Nikita Koshkin) and Americas from North to South (flute and guitar music). Her albums received high praises from such prestigious music magazines as Soundboard, Classical Guitar (UK) and American Record Guide.