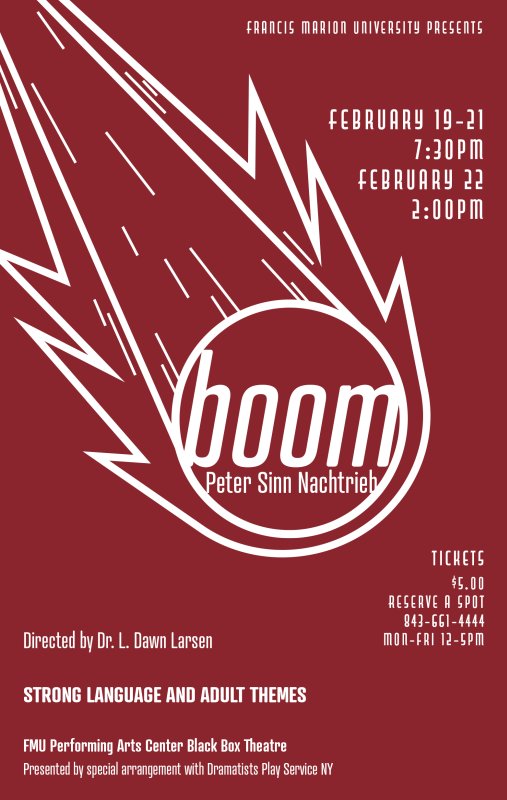 Jules, a grad student in marine biology, and Jo, a journalism student, meet one Saturday night in Jules’s small underground laboratory on a university campus, after Jo answers Jules’s online personal ad offering an encounter that promises “sex to change the course of the world.” During his research on a deserted tropical island, Jules discovered patterns among the behavior of fish that seemed to portend a premature end to most forms of earthly life. So he has turned his tiny lab/apartment into a place to wait out the disaster and begin remaking humanity. A third character, Barbara, is the audience’s guide in her portrayal of the end of civilization thousands of years earlier.